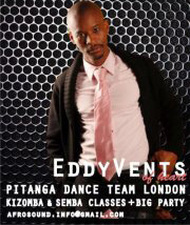 Eddy Vents is the founder of Pitanga Dance Team in London. He was born in Guinea - Bissau and grew up in Portugal. Throughout his life he has always been electrified by Kizomba. As a result, he has devoted fifteen years learning about the theory and history of the different forms of Lusophone music. Eddy moved to England in October 2009 to look for more innovative and stimulating prospects to feed his passion for teaching, promoting and dancing Kizomba and Semba. His other interests include: reading, playing chess, and watching movies. He is also an avid football (that's soccer to us Americans) fan.

Eddy takes great pleasure in teaching kizomba wherever and whenever he can. He loves to share his knowledge and love for Kizomba. The foundation of his teaching is rooted in history and musicality as he believes these to be the essential; for any dancer. He started teaching in March 2010 and has taught in numerous congresses around the world such as Africadancar, Batuke, Swimming Festival, Mambo City 5 Stars, Pointins, Fitness Weekender, Kent Salsa Festival, Salsa Splash, and Salsa Splash Alicante,. 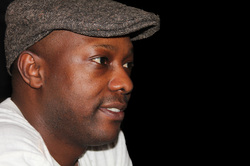 Oscar B.A is one of the pioneer ambassadors of Kizomba in the US. Currently based in the Washington, DC area, he  has taught Kizomba workshops in some of the biggest Latin Dance festivals including the DC Bachata Festival, Flirt Seattle, Reno Winter Bachata Festival and the San Francisco Kizomba Festival. A sought after nonpareil dance instructor, he has been invited to run Kizomba boot camps by dance companies in Los Angeles, CA, Seattle, WA, Reno, NV and more. Oscar currently teaches the longest running Kizomba dance classes in the DC, MD and VA Metropolitan area.

Oscar's career spans over 16 years as a dancer, choreographer and instructor for several dance disciplines such as African dance,hip hop and latin movement, In the US he has also added American style ballroom, and rhythm and Latin dances to his repertoire . Oscar founded the premier dance company Ollover! in his native home, Kenya. He then went on to revolutionize arts and entertainment in Kenya and in the surrounding region of east and central Africa. 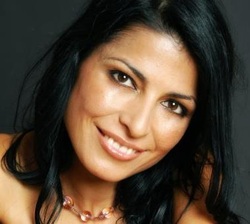 in her own words:

"I like to think of myself as fun, kind, generous, very loyal to my friends and will go the extra mile to help them (all together now:ahhhhhhhhh) with a big heart. On the other hand, I can be aloof, reserved and very direct which to some is an acquired taste."

Riquita was born in Angola in 1971, daughter of a Portuguese father and an Angolan mother. She moved to Portugal in 1975 due to the civil war. She lived there until she moved to Britain in 1989. She was introduced to zouk music in 1984 and fell in love with the sound. Kassav were the band responsible for that. Soon after that, her social life, music, background, became dominated by zouk music and kizomba dancing, then known as "Passada". It was on her return to Angola in 1986 that the passion for this beautiful dance style exploded and her bond with kizomba was sealed.She has been dancing it ever since.

In 2004, with kizomba growing slowly and steadily, Riquita, along with Kwenda Lima started teaching. They were the first ever kizomba couple on the scene and the success of the dance then rocketed. Riquita went on to train a few other dance teachers who have their own classes now. In 2009, Riquita took some time out from teaching to prepare for the UK heat of Africadancar along with her then partner Guimas and came 1st allowing them to represent the UK in Portugal. With over 25 years of dancing experience, her dancing is powered by her unique passion. She loves what she does and it shows. Kizomba doesn't just run through her veins, it's glued to her bones and in the air she breathes. If you wish one thing for yourself today...Wish that you get to learn and be touched by Kizomba...The RIQUITA WAY!!